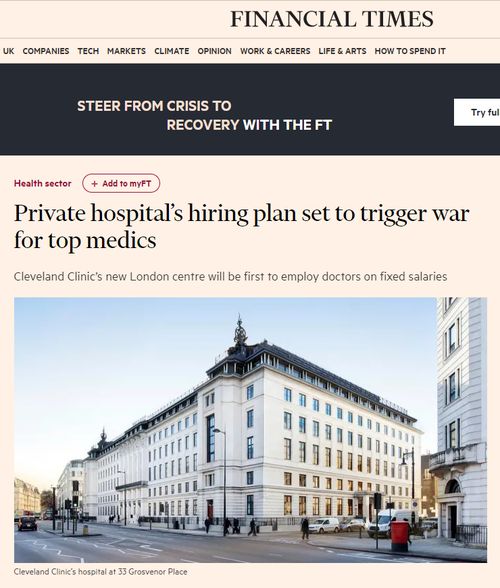 Candesic's Dr Michelle Tempest has been quoted in the Financial Times.